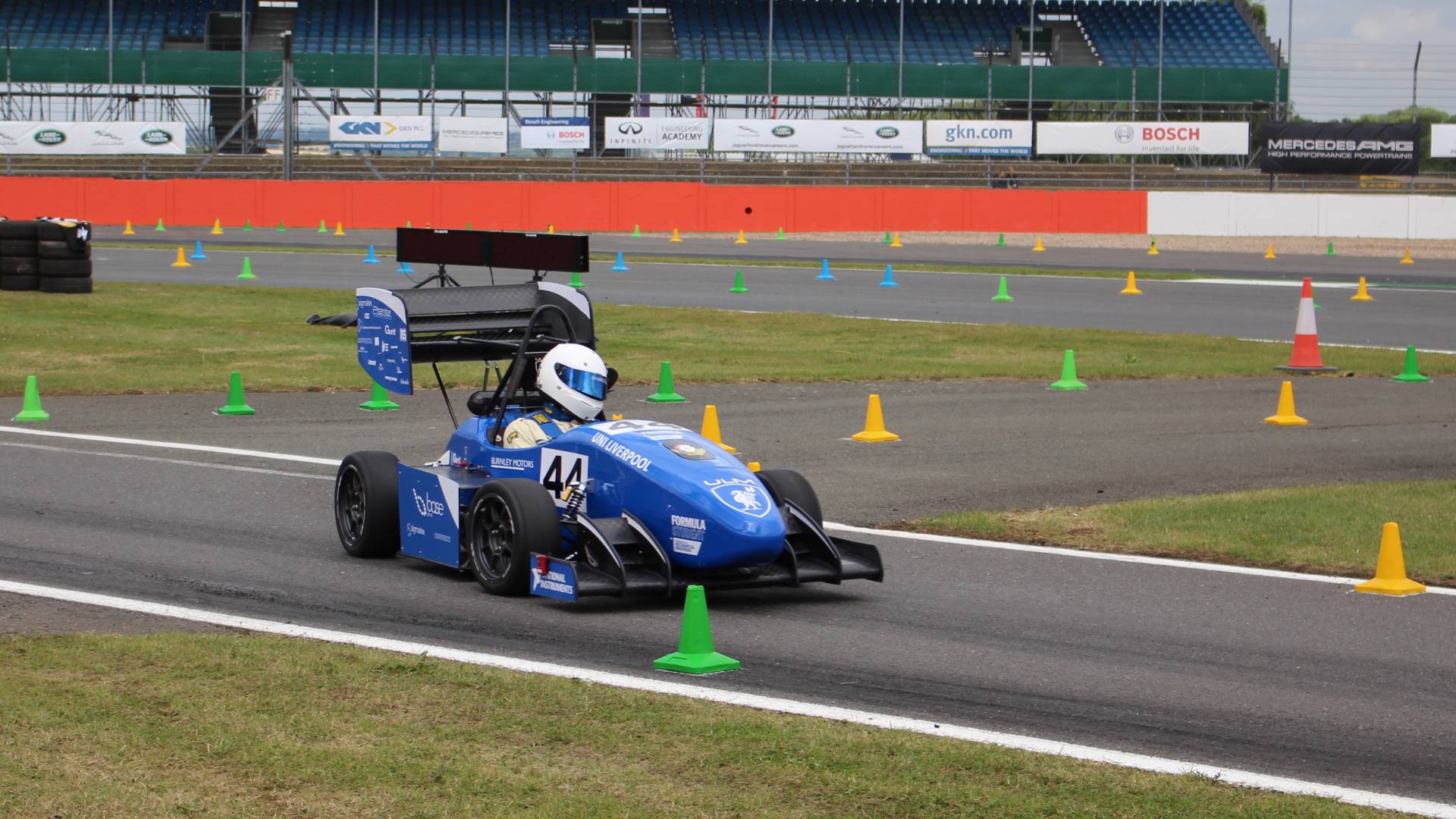 The team was able burst onto the Formula Student scene in 2015 by finishing 2nd in our first ever Class 2 competition at Silverstone. Unfortunately, since this success the team has struggled to build a working car. Due to this, the team has been restructured in an effort to try and balance the design and build sides of the team, instead trying to have one unified team who are able to build upon our previous success.

The decision was taken as part of this restructuring to not take our 2017 chassis to Silverstone with us. Instead, the team attended with a full teams' worth of attendees in order to try and learn from the other teams and understand what will be expected of us next year, without worrying about presenting anything ourselves. We were able to learn a lot as part of this experience, finding solutions to a number of the problems we faced and found new innovative solutions to problems we thought we had fixed. This was all thanks to the kindness of other teams, so thank you to the Formula Student community!

We would also like to take a moment to congratulate a number of the Formula Student teams who participated in FSUK2017. Firstly, to Newcastle Racing, Team Bath Electric Racing and Team Surtees for being the first UK electric teams to get their cars through scrutineering and participate in an event - an amazing achievement by all! Secondly, to Cardiff Racing for winning the overall event; a particuarly great achievement as they are the first UK team to win the event at Silverstone! Good luck to all these teams, and the many others, who are competing in other events this year. We look forward to seeing you at Silverstone in 2018!

Over the next few months, before the new academic year starts, we will be working to get our car as far along the build schedule as possible, with a rolling chassis and electrical test rig expected by October. We will also be re-establishing the teams personnel and appointing lead roles for what will be a very busy year for the team!